At Main Line Fence, we’re fortunate to have quite a few longtime employees. Longevity with a company is no longer a given in today’s world, and we’re grateful for the time, commitment, and talents that these employees have shared with the company and our clients over the years. 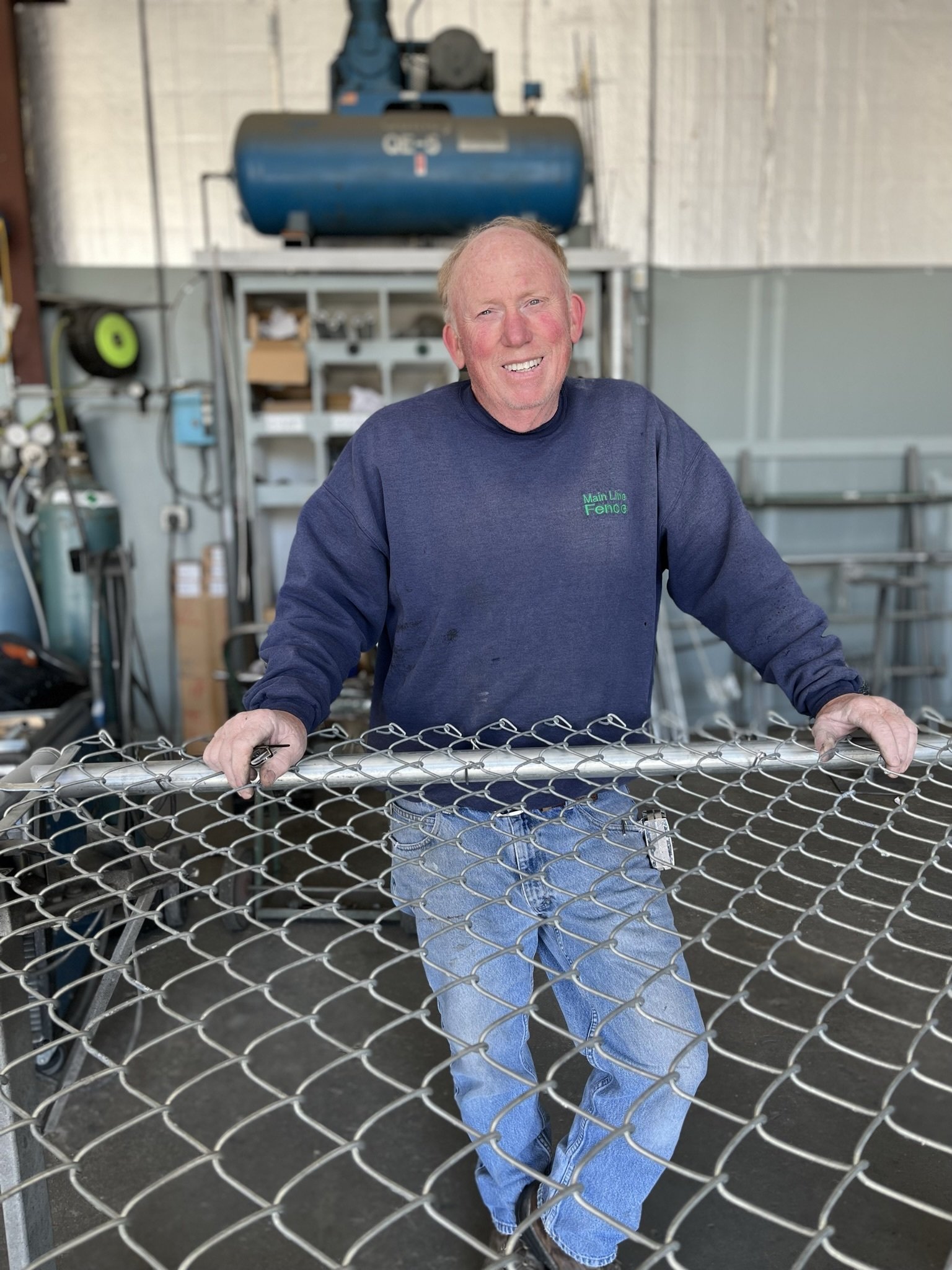 One of these outstanding employees is Jack Kinne. Literally a ‘Jack’ of all trades, he’s been with Main Line Fence for four decades. We’d like to share some of his story with you.

Jack’s worked with three generations of owners – Norris, Rocky and Ryan Cianchette. While their leadership styles have been different, they’ve all treated the employees well. Jack remembers how in the 1980s, the addition of benefits like a 401K plan helped employees make working at Main Line Fence into a career, not just a job.

Jack started out with the company as a laborer, but soon moved up the ranks. By the age of 25, he was a Foreman. Depending on the project and company needs, Jack also uses his talents as a welder, fabricator and machine operator. Thanks to the statewide reach of Main Line Fence and Jack’s varied skill set, he’s had a career that’s been anything but boring. As he describes, “Every day is a different story.”

Jack’s Impact on the Company

During his time with Main Line Fence, Jack has traveled the state of Maine for projects. Having the opportunity to explore the beautiful state through his work has been one of his favorite aspects of the job. The projects have even taken him and others to places like Islesboro and Vinalhaven, requiring materials to be brought over by ferry and the crews to know the schedule – for these jobs you have to be there to catch the ferry in the morning and in the afternoon, otherwise you can’t get to the job site – or get home.

His impact is also clear within the company. Before the early ‘90s, Main Line’s primary focus was on highway and industrial fencing; as their services grew, Jack was at the forefront of adding wooden residential fencing to Main Line’s offerings. He remembers doing the first wooden fence – a stockade built without using levels. Once Main Line Fence got a reputation for doing residential wooden fencing, people started coming to them with all kinds of different ideas and designs.

“People got very creative, the salesmen would say we could do it, and we’d just figure it out and get it done,” explains Jack.

Jack’s also brought another legacy to the company. His son is also a Foreman at Main Line Fence and has been with the company for about 20 years.

At Main Line Fence, we recognize that our team members are key to our success. If you’d like to join a team of experienced, dedicated, and talented employees where your contributions are valued, please call us at (207) 829-5549 for more information or fill out an application online.